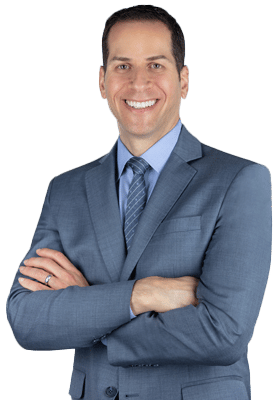 While many Las Vegas auto accident cases may not seem complex at first, the reality is that the complexities just aren’t always immediately apparent. Unfortunately, these complexities are only uncovered upon a thorough investigation of the accident. Road conditions, insurance coverage issues, safety features of the motor vehicles, or the involvement of commercial vehicles are just a few potential factors that may also play a role in the case. All of these factors must be examined by an experienced auto accident attorney to ultimately identify the appropriate damages. There are not only economic damages, like medical expenses and lost wages, that need to be examined, but there are also emotional and physical damages, such as pain and suffering, that need to be recognized. Once those damages have been appropriately addressed, the injured party can be awarded with the appropriate compensation.
Safe driving is the responsibility of each and every driver on the road. When an individual gets behind the wheel, they have a duty to operate their vehicle with extreme caution and consideration. Failure to do so could result in serious injury in themselves and others. If you or a loved one have fallen victim to a careless driver on the road, it is imperative that you contact the experienced car accident attorneys at Eric Blank Injury Attorneys for your auto accident case.

Our auto accident attorneys know that a vehicular collision can have an enormous impact on your life. Eric Blank Injury Attorneys is sympathetic to your emotional and physical grievances. We won’t brush you off as just another client. The auto accident attorneys at Eric Blank Injury Attorneys will investigate all avenues of your claim so you can benefit from financial recovery. Despite the risks that drivers have been warned about, some people continue to make poor choices when behind the wheel. There are countless possibilities when it comes to irresponsible driving that can result in an automobile injury and Eric Blank Injury Attorneys are prepared to support you if you should happen to suffer through any of them. Some examples of negligent and reckless driving are, but not limited to:

Disasters can occur when speed limit signs are disobeyed. Speed limits are specifically posted to keep drivers and their passengers safe. Driving a vehicle over the speed limit increases the likelihood of an accident by limiting the amount of time a drive will have to react safely while driving. Drivers will need longer distances to come to a complete stop and this may cause them to rear-end other vehicles or to run “stop” signs. Additionally, auto accidents that occur at higher speeds increase the likelihood of serious injury to all of the passengers involved in the collision. If an individual selfishly chooses to drive at whatever speed limit they desire, they should be held liable for their careless actions.

Aggressive driving can appear in the form of both reckless driving and “road rage.” Reckless, aggressive behaviors can include speeding, sudden lane changes, and tailgating, to name a few. These behaviors can cause other drivers to swerve, slam on their brakes abruptly, and cause accidents that are completely avoidable to begin with.

Driving aggressively also leads to poor decisions being made based off anger and frustration. Their actions may come with serious risks involving potential hazards on the road. Someone who drives their vehicle aggressively may not be thinking about the risk that they are putting not only themselves in, but others who share the road as well.

With the emergence of portable devices, drivers run the risks of auto accidents now more than ever before. Drivers have divided their attention with texting, social media, and even map applications on their phone. Drivers should never operate a device while driving, this often includes hands free devices that can still distract a driver’s attention form the road.

With the rise of cell phones and other dangerous devices, countless injuries and deaths have resulted from distracted driving. People have willingly put their cell phones as priority over the safety of others and they are liable for putting other driver’s at risk as a result.

Driving while tired can be just as bad as driving while impaired. It can cause drivers to not pay attention to the road, have a slower reaction time, and inhibit the driver’s ability to make good decisions. According to the Center for Disease Control (CDC), drowsy driving is considered a public health issue. As many as 1 in every 25 drivers have reported falling asleep behind the wheel of a vehicle. The National Highway Safety Administration estimates that driving while fatigued was responsible for as many as 72,000 crashes, 44,000 injuries, and 800 deaths in 2013.

If an individual gets behind the wheel when tired and injures another, they should be held accountable for their actions, especially considering all the ride alternative options that are available.

Drunk driving is among the most reckless and dangerous behaviors that occur behind the wheel of a vehicle. Drunk driving accounts for 28% of all traffic-related fatalities in the United States. This completely avoidable situation should never be taken lightly especially in an era where shared-ride services are so readily available.

This behavior is inexcusable, and the guilty party should be legally punished as a consequence of their irresponsible actions. Alcohol consumption is a privilege and should not be taken lightly, no matter the comfort level you feel about operating a vehicle.

Drug impairment is another inexcusable behavior that can be completely avoided. No one should be operating a motor vehicle if they are not fully prepared to be attentive to their surroundings. Drug impairment is not limited to illegal drugs though: use of prescription drugs that make individuals tired or drowsy can also make that driver liable for the injuries they cause.

Our car accident Attorneys at Eric Blank Injury Attorneys are knowledgeable with all variations of vehicular collisions and are prepared to assist you in your claim against the at-fault party. We understand how impactful an automobile accident can be to you and your family, both physically and emotionally. If you or a loved one has suffered a physical injury due to the inconsideration of another individual, our car crash attorneys at Eric Blank Injury Attorneys will represent you until you have been rightfully compensated.