Imagine you are driving along the highway, going with the flow of traffic, minding your own business, when suddenly there are headlights aimed straight at you, from a car headed the wrong way. Though this panic-inducing situation does not happen extremely often, it does occur, and far too much for the amount of signage that exists along roadways.

Here in Vegas, we have had a fair share of wrong way accidents, with three separate crashes occurring in the most recent three weeks (and probably more since this has been written). These accidents are almost always catastrophic, and many end up being fatal as well. Though these accidents are completely preventable, they are still a problem that affects a number of people. In fact, it is estimated that around 350 people die each year due to wrong way crashes in the United States. 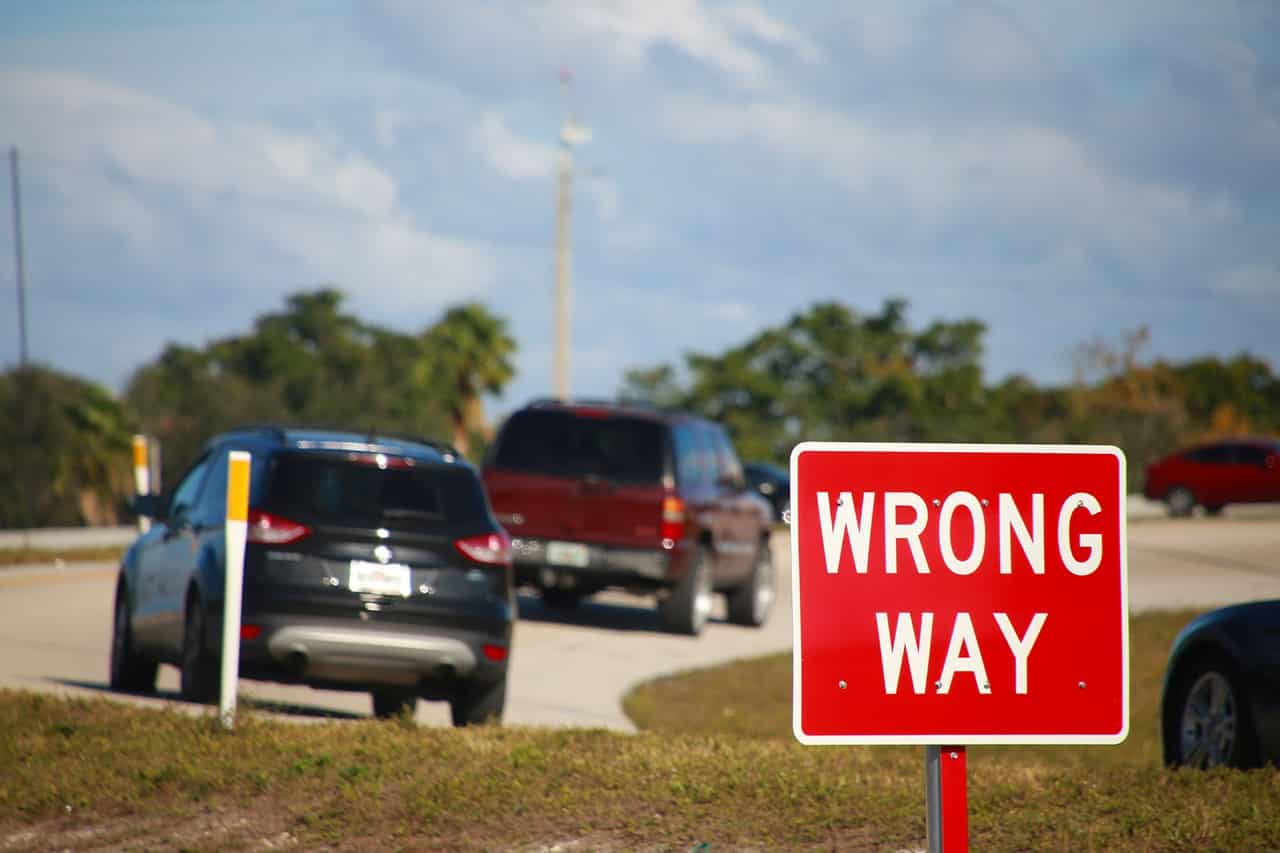 Though elderly drivers over the age of 70 are responsible for some wrong way accidents, studies have shown that they are actually overrepresented. Difficulty seeing and reduced reaction times may contribute to their portion of wrong way collisions.

The majority of wrong way accidents occur when a vehicle is entering on an exit ramp. If proper signage is not present and clear, it may cause confusion for drivers who are unfamiliar with the area.

Studies have shown that wrong way accidents happen mostly at night. This may be due to a combination of a lot of factors. Nighttime driving limits visibility, so signage may not be as easily seen. In addition, drivers have the tendency to be more tired behind the wheel at night, and drunk driving is more prevalent in the evenings to early mornings as well.

As one might expect, the majority of wrong way accidents are due to drunk driving. The impairment to judgment, as well as the confusion and blurry vision that typically accompany intoxication make for the perfect storm that leads to catastrophic collisions. A tremendous number of wrong way accidents are directly linked to drunk driving. In fact, it has been estimated that over 50%, even up to 75% of these accidents involve a drunk driver. Of these cases, when able to test the blood alcohol level of said intoxicated driver, it typically is over .15, which is about double the legal level.

If you have been involved in a wrong way accident, it is essential to have an experienced accident attorney on your side. Contact Eric Blank Injury Attorneys today.

DO I HAVE A CASE?