Sideswipe accidents are typically caused when one of two cars traveling next to each drifts into the other’s lane, causing the sides of the cars to brush against one another. Multiple moving vehicles are not always involved, however, as sideswipe accidents can occur between a vehicle and a stationary object, such as a road sign, building, or a parked vehicle. Regardless of the kind of sideswipe accident, there is a great potential for injury, and most of the can actually be avoided.

Sideswipe accidents can occur because of a variety of different circumstances. These are often referred to as “blind spot” accidents, since they can happen when a driver fails to check their car’s blindspot before changing lanes, therefore brushing into a car driving next to them in that lane already. Distractions are also a leading cause of sideswipe accidents. Dropping something within the car and bending down to pick it up, or turning to look in the backseat while driving can cause a driver’s hands to shift on the steering wheel, making the vehicle edge into the next lane.

Yet another cause for sideswipe accidents is when there is an obstruction in the road, or the possibility of colliding with a vehicle in front, so the driver reacts by yanking the steering wheel to the side, diverting into the next lane to avoid the collision. Unfortunately, when there is a car in the other lane, this ends up causing the collision that the driving was hoping to avoid.

More often than not, people think of sideswipe accidents as being minor occurrences, resulting in only damage to the cars, rarely affecting those inside. This is untrue, however, as these kinds of accidents can easily cause a loss of control over the vehicle(s), and may even start a domino effect between multiple cars. Even if this is not the case, drivers can often overcorrect and pull the steering wheel back in the opposite direction, causing a more abrupt accident in the long run. When this happens, rollover accidents can regularly occur.

Sideswipe accidents often result in head, neck, and spine injuries for those involved, because of the abrupt jolting side-to-side movement that happens within the car when these occur. These kinds of injuries may not be immediately visible on the outside, but the effects of them can certainly be felt, and often for a long time following the accident.

Sideswipe collisions are often referred to as “blind spot” accidents, which typically cause vehicle damage such as dented driver- or passenger-side doors, scraped quarter panels and lost or damaged side-view mirrors. Since intrusive damage is generally not a severe as other, more direct impacts many insurance companies may dispute certain injury claims.

No matter what caused the sideswipe accident, or what injuries occurred because of it, it is important to contact a qualified legal professional. Let Eric Blank Injury Attorneys handle your case for you and get you the compensation you deserve. 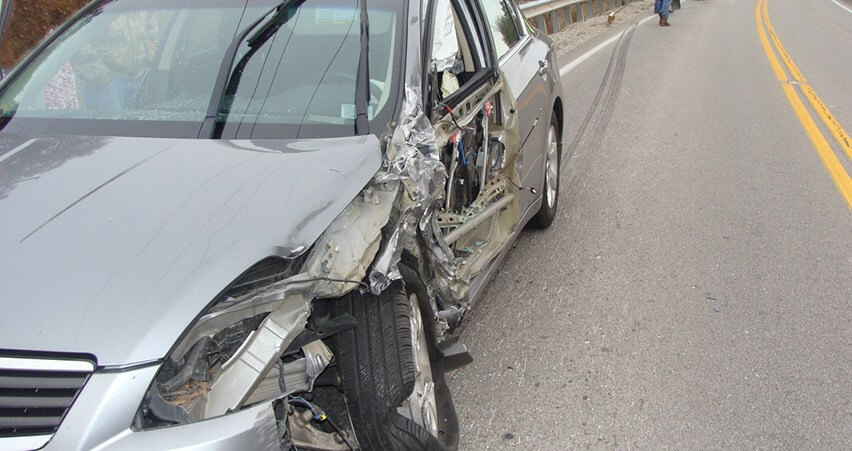 If you or a loved one has been injured in a sideswipe collision, the Car Accident Lawyers at Eric Blank Injury Attorneys can help you recover compensation for the damages and injuries that you have received. You may be entitled to receive compensation for the following:

Car accidents that happen as the result of someone else’s negligence can cause physical and emotional pain as well as impact your quality of life. If you or a loved one has been injured in a sideswipe collision car accident, it is imperative that you contact the car accident attorneys at Eric Blank Injury Law. The car accident Attorneys at Eric Blank Injury Attorneys are knowledgeable with all variations of auto accidents and sideswipe collisions and are prepared to assist you in your claim against the at-fault party.

DO I HAVE A CASE?